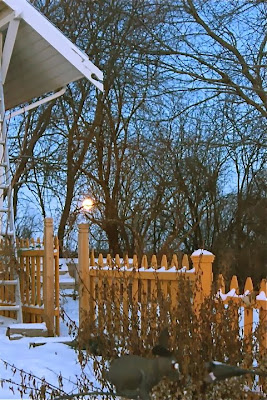 This morning, I got up a bit earlier than usual, but not as early as Rog  - he had an early morning meeting. I was just settling in to sip my coffee before chores when Rog called me up from his cell phone on his way into town - he said, “Go out and look at the moon!”  I  bundled up and grabbed my camera - and found it glowing above the horizon as I came around to the north side of the  house - it is now almost as far north as it gets. 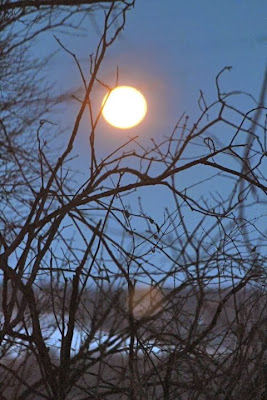 The December full moon is called the Full Cold Moon or the Full Long Night’s Moon.  Long nights is right. Four more days until winter solstice, and then the days start getting longer! 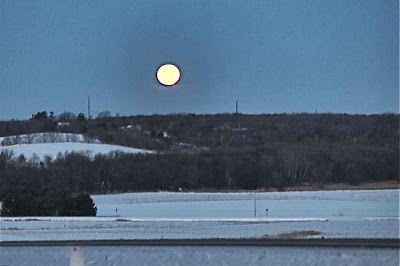 The moon setting above Douglas. 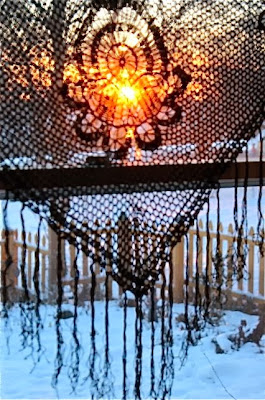 I quickly did the chores, then came in just in time to see the sun rising through the dining room window.
Posted by Susan at 5:53 PM

She is so beautiful- we saw her last night.
Roll on the Solstice...but we actually get lengthening days from Jan 4